At midnight we hit the road on our way to Reno.  We tried to sleep before we left but I think all the minutes added together might equal an hour.  Going over Highway 88 I couldn't believe how many deer we saw.  Around every bend in the road there were deer.  If I had counted I'm sure it would have been over 100.

We arrived in Reno at 3:30 and promptly got lost because there was highway construction and off ramps were blocked.  We ended up on the strip, which is peaceful at that time of morning.  Finding  Rancho San Rafael Park was a little confusing because its in the middle of a sleepy little neighborhood.  We didn't even know we were in the right place until we saw direction attendants with glow sticks.

We parked our big noisy diesel truck in front of some poor sleeping peoples home and walked about a mile to the park.  The vendors open up at 4:00 so Brian got his coffee and we headed down to the field.  Within 30 minutes the place was filling up.  No one wants to miss the "glow show."  The first balloon out on the field was the Wells Fargo Stagecoach.  It was huge.  I asked my sweet sleepy husband to go stand in front of it.  He obliged but doesn't look too happy about it.  You'd think he'd be used to having his picture taken by now.  He still grumbles as much as he did 15 years ago. 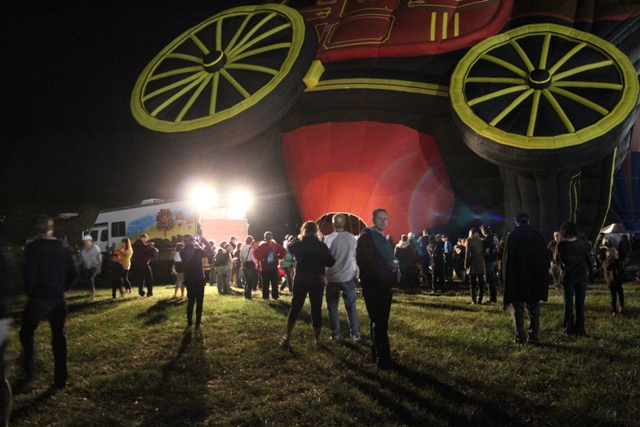 There are only a handful of balloons that participate in the "glow show" where they burn special fuel to make the balloons "glow." 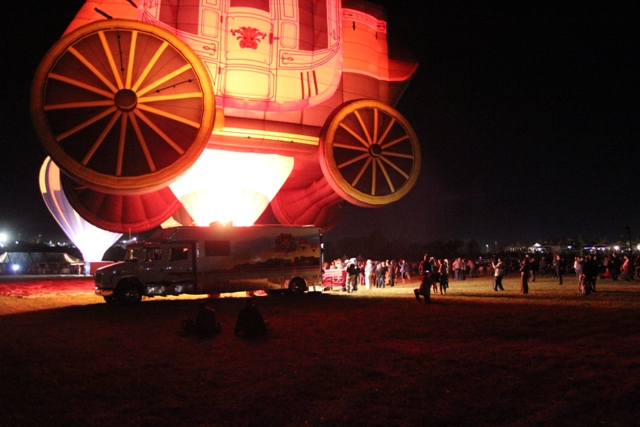 The panda inflates and glows 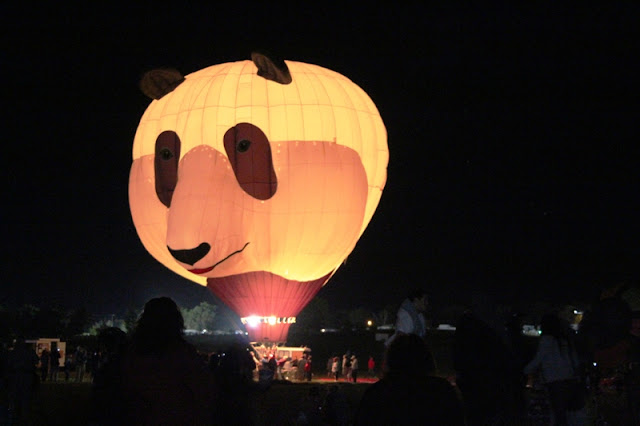 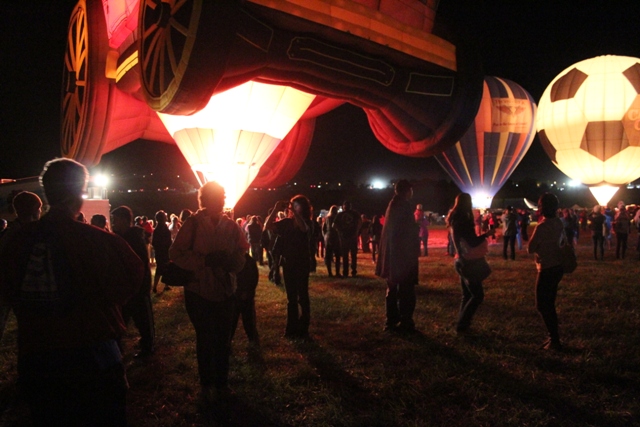 The Pepsi can came late 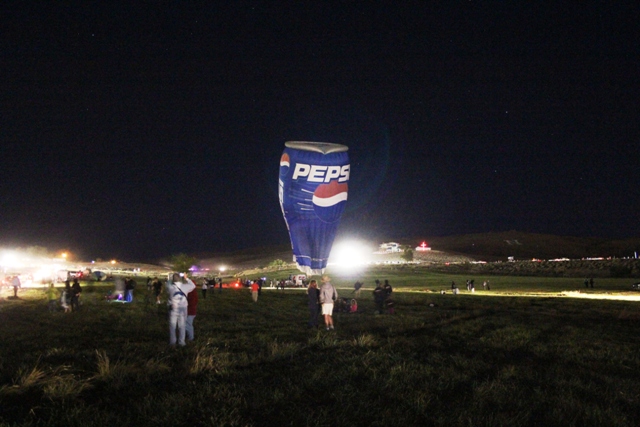 Then the Dawn Patrol gets inflated.  They take off at 5:30. 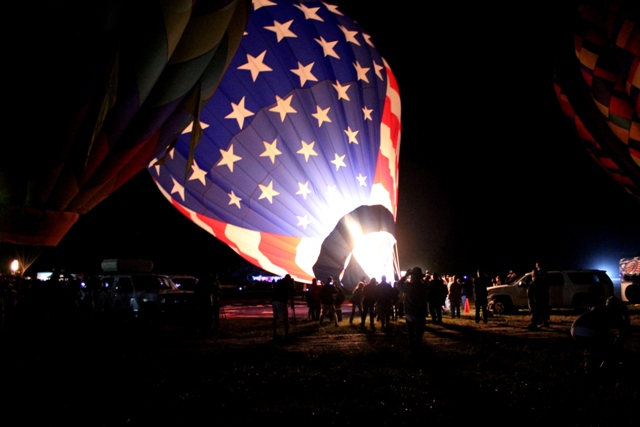 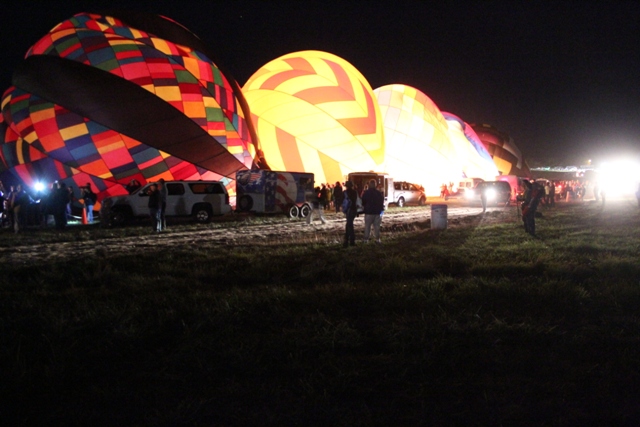 Once they are ready they take to the sky choreographed to music. 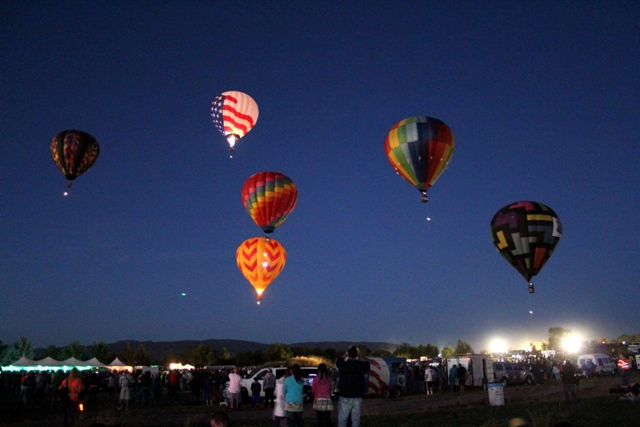 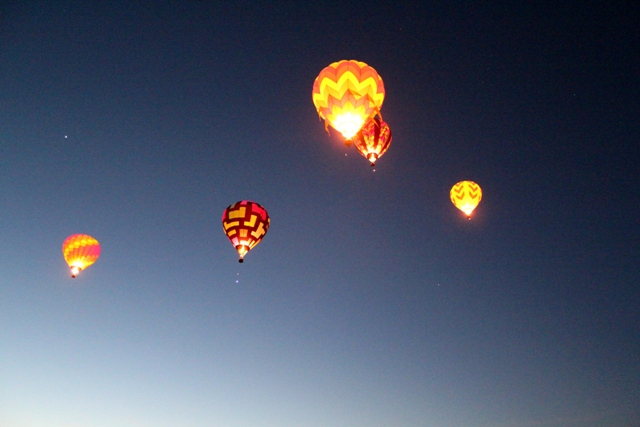 The moon was beautiful. 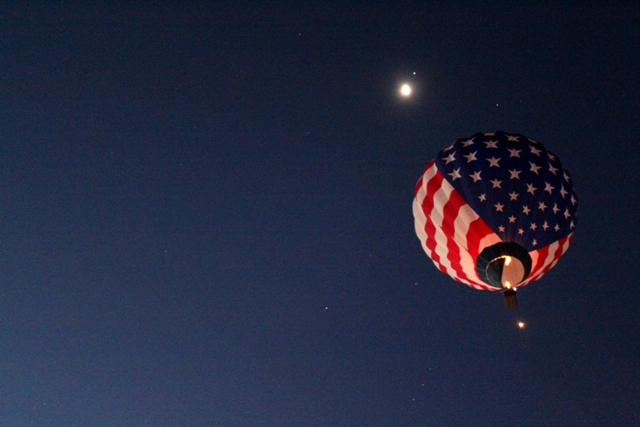 At 6:00 a.m. with the sun coming up the Dawn Patrol lands and everyone gets ready for the mass ascension at 6:45.  The last of the balloons makes its way down. 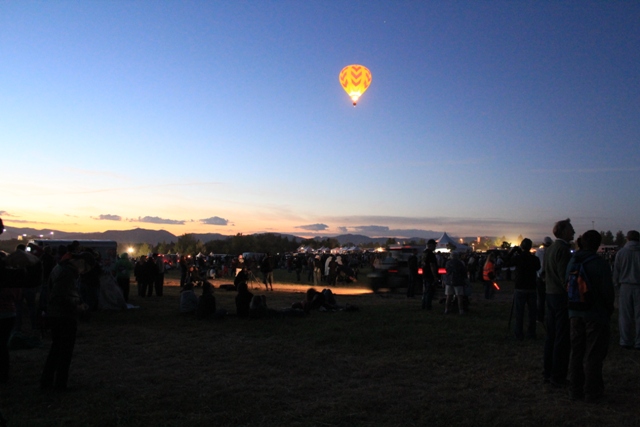 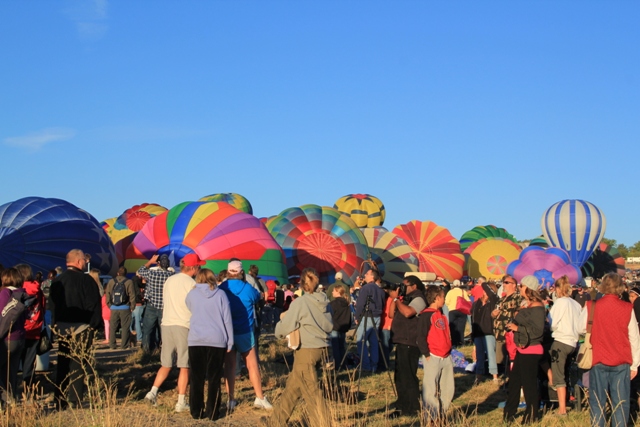 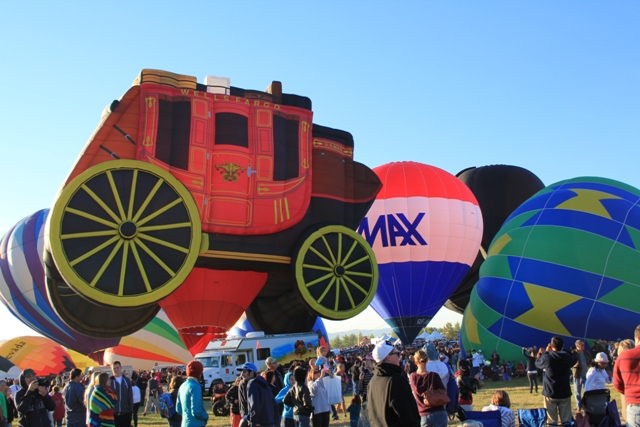 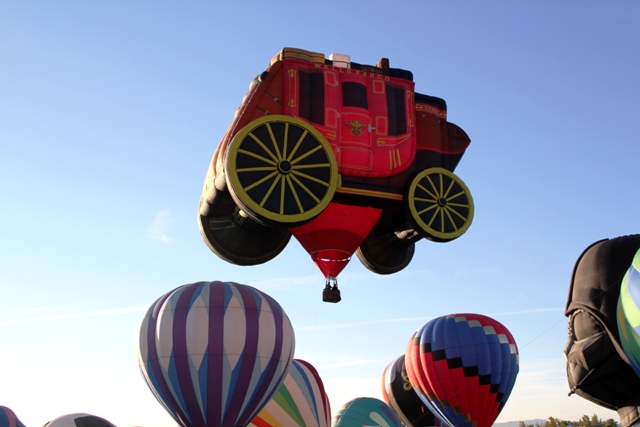 Darth Vader (from Belgium) takes off 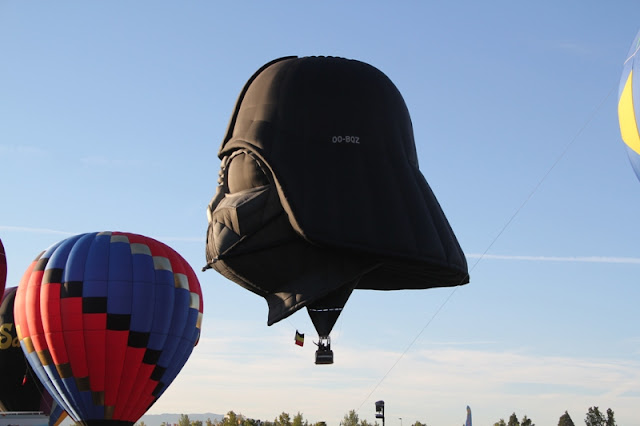 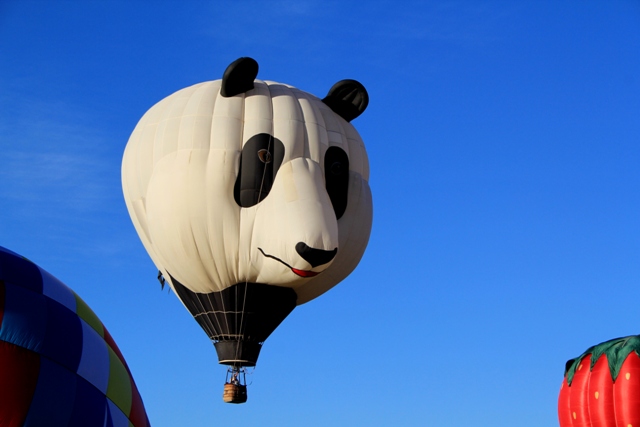 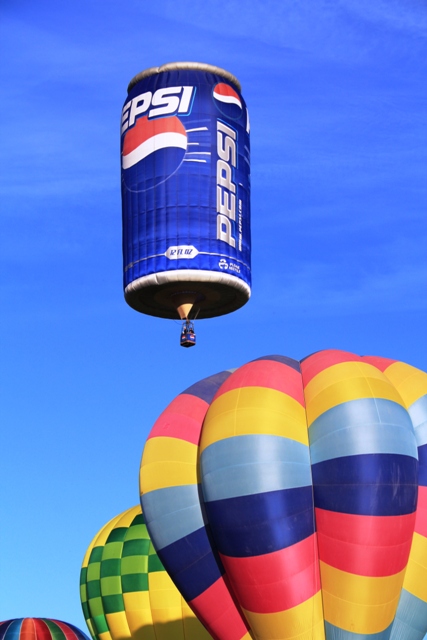 The rest get ready 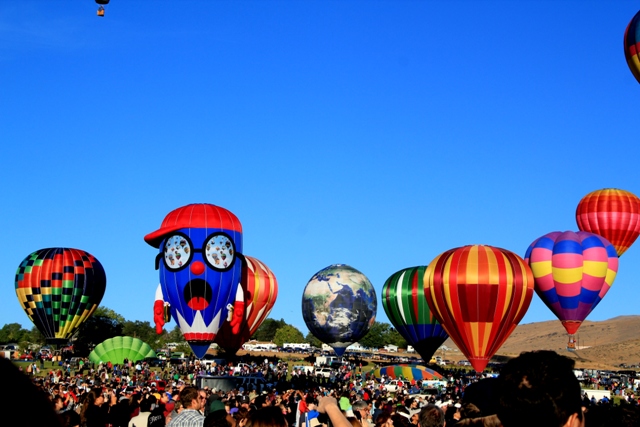 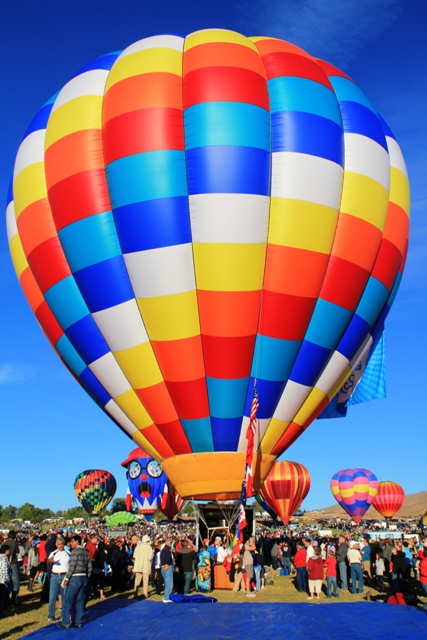 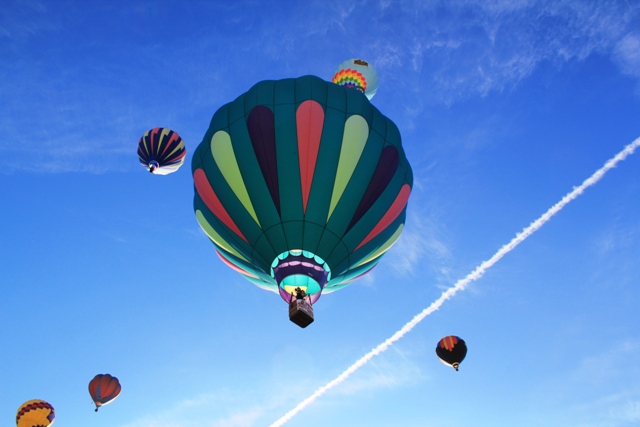 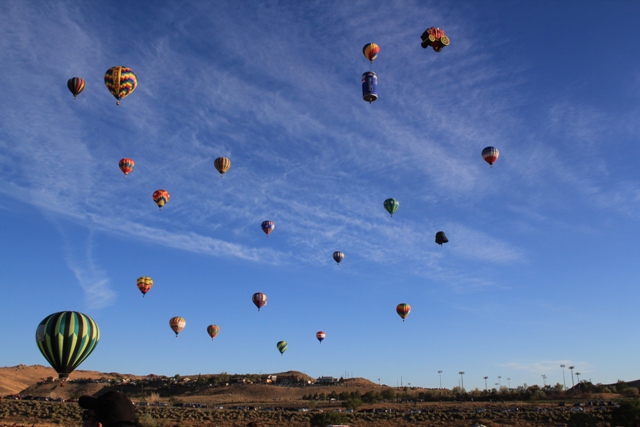 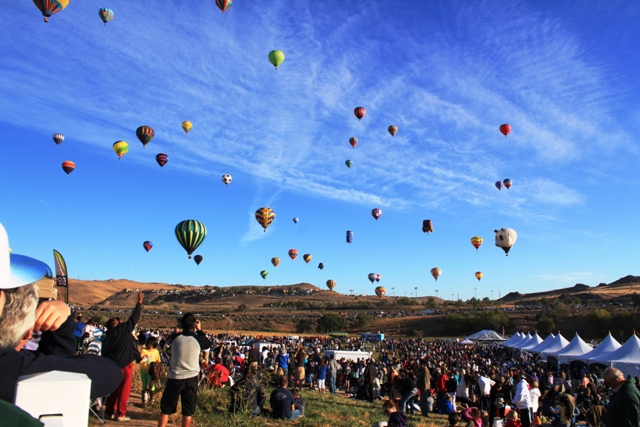 As you can tell this is a huge event.  Last year they said 150,000 people enjoyed the race over the three day period.  I will definitely go again.   I don't know how they manage to keep the event "free"  with all the traffic control, law enforcement, fire and medics.  Even if they just charged the photographers they would make bank.  I have never seen so many camera's and tripods in my life.
﻿
Posted by Deb Schoeman at 12:45 PM No comments:

Promote Your Page Too